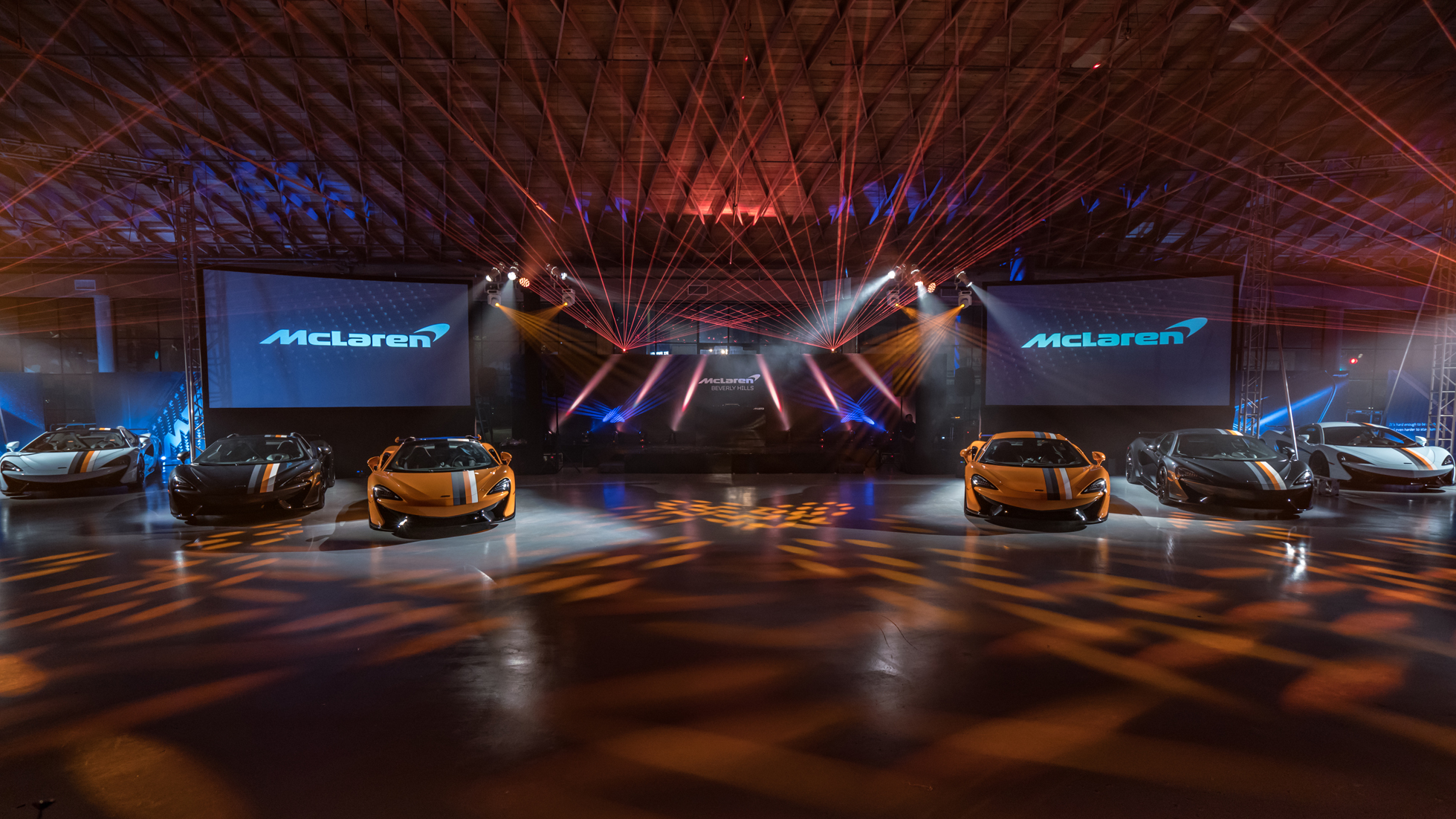 Upon arrival guests were taken through a branded maze of McLaren luxury sportscars and super cars, enhanced by 3D elements and an array of paneled walls with images from the iconic British brand. The grand reveal presented by Aldis Hodge in conjunction with co-host Frankie Foti featured a series of incredible magic tricks, from fog smoke to key appearances, designed to unveil each of the six bespoke MSO vehicles which had been until then disguised under black stealth sheets.