|
START WHERE OTHERS STOP
|
The quintessential super sports car. Unique driving performance, breathtaking beauty and fascinating technology combined to create an incomparable driving experience. Each single Bugatti is a piece of engineering art and one of a kind. This icredible Chrion is a combination of Atlantic Blue and French Racing Blue exterior and a Beluga Black interior with French Racing Blue accents. For details contact Tim O'Hara. 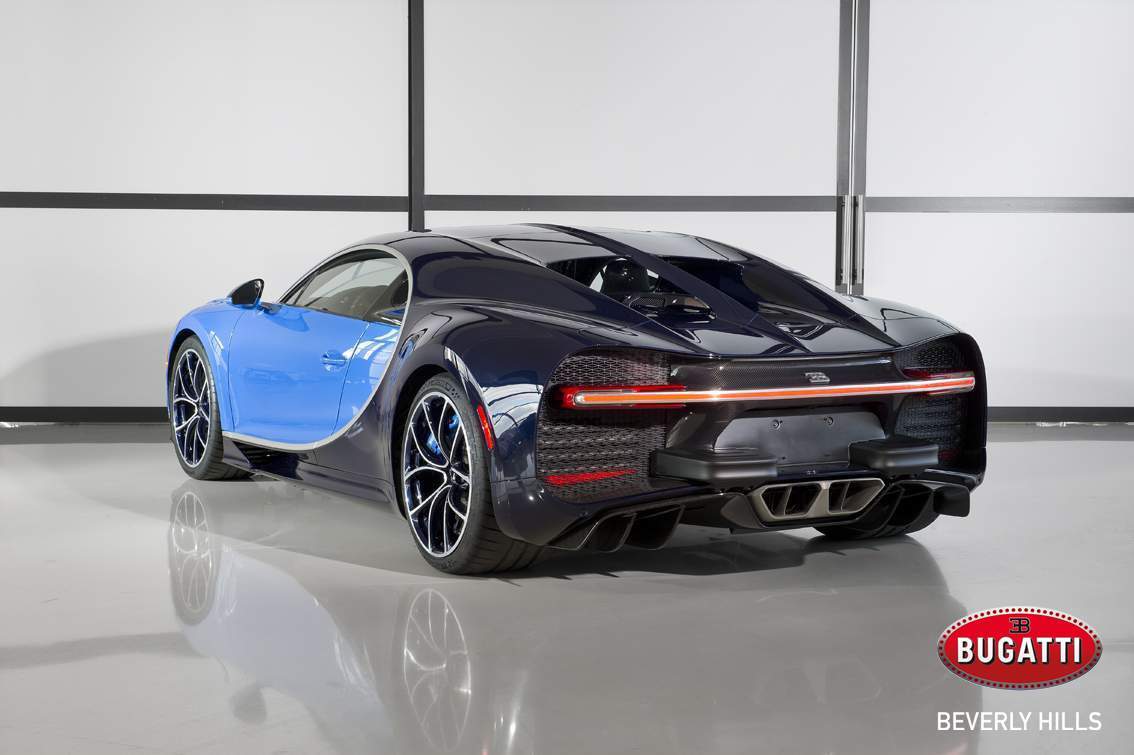 The origins of French Racing Blue can be traced back to 1904. Before that, race cars were traditionally painted black and featured single numbers, often combined with a single letter to identify their driver. This made it difficult for mechanics to differentiate between them. When the British Grand Prix was moved to Ireland in 1903, the British painted their race cars green in honour of their host. This idea soon developed into an expression of national pride and every country with a major automotive manufacturer claimed its own colour: Germany picked white, Italy red, Belgium yellow and France opted for blue. Legend has it that Ettore Bugatti’s wife smoked cigarettes from a French brand whose packs were also blue. Each time a car was produced, she would allegedly hold her cigarette pack against the paintwork. If the colour of the paint did not match the colour of the packet, she insisted that car to be repainted.

Reaching this level of performance and speed also generates technical demands for the design and aerodynamics. Following the idea that ‘form follows performance’ the BUGATTI design team created a holistic masterpiece that is both impressively beautiful and aerodynamically highly efficient, reinterpreting the BUGATTI Design DNA. Intelligent air intake management significantly improves aerodynamic properties, as well as enhancing the cooling efficiency of the engine. Even the brakes were redesigned and equipped with a newly developed heat shield for very high-efficiency brake cooling, actively guiding the air through the brake disks. 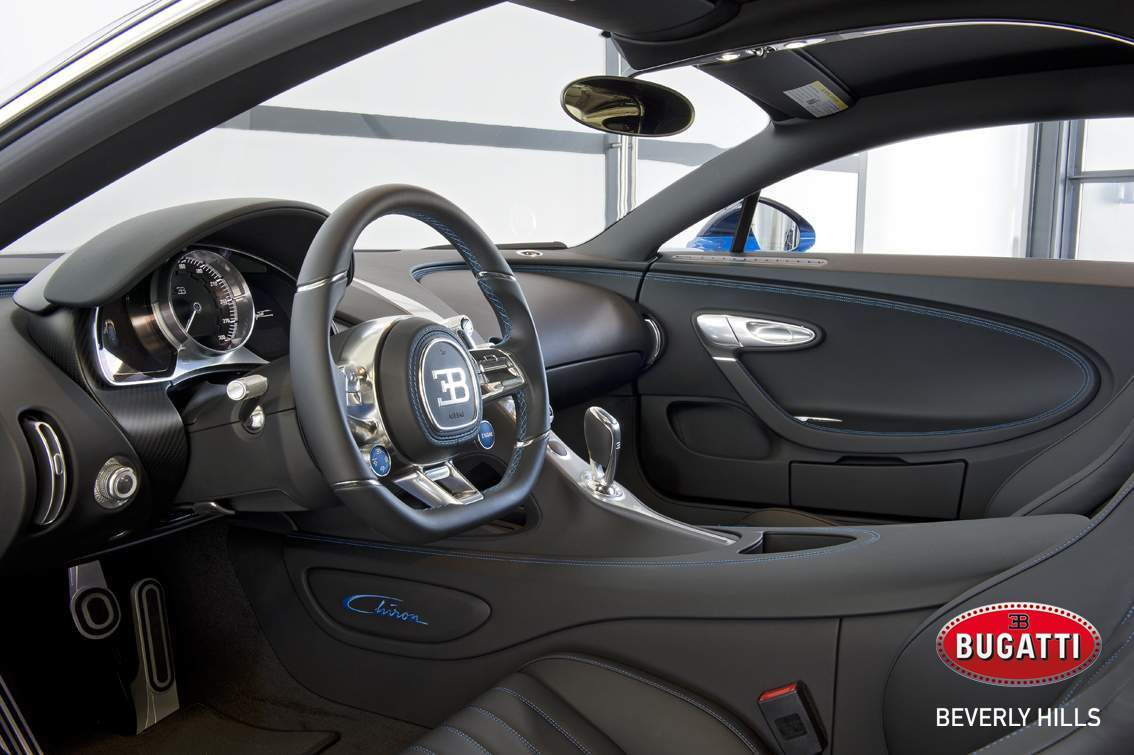 Mirroring the exterior’s BUGATTI signature line with the world's longest built-in LED illumination system, the C-shaped lighting composition reveals a breathtaking interior that adeptly blends beauty and functionality. The cockpit layout of the Chiron gives the driver all the necessary information within his field of vision. The mechanical speedometer, which goes up to the magic 500 km/h mark, is a feast for the eyes. The units on the central console, milled from a single piece of solid aluminum, have independent, adjustable displays.